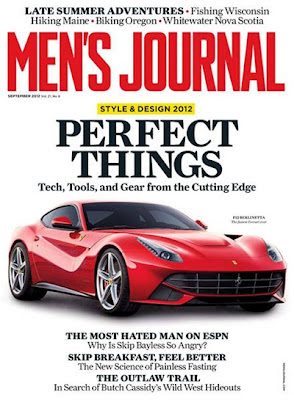 Rawland, the original gravel bike company, gets mentioned in the September 2012 issue of Men's Journal, page 38. This article focuses on gravel riding, the very embodiment of Rawland during its formative years in Southern Minnesota.

After its founding in 2007, Rawland placed "Think Gravel, Ride Rawland" ads in Dirt Rag Magazine when nobody really talked about gravel riding. Already with well more than 10,000 miles of gravel road under the belt by 2009, Rawland inspired the expansion with the Gravel Grinder News site on January 25, 2010:

Thank you for your encouragement. Your words were a big reason I decided to step up my commitment with the site.

Rawland takes pride in knowing its role in the burgeoning gravel scene and the increasingly popular "gravel bike" segment.
Posted by Sean at 7:31 AM